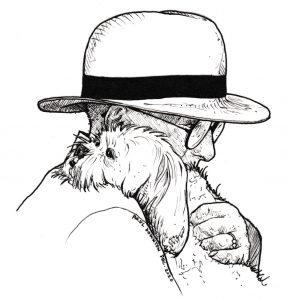 Paul is acknowledged with Richard Register, as a founding pioneer of the global ecocity movement and sees ecocities as a global imperative and evolutionary adventure.

Paul has written widely on his vision for “ecopolis” and has pursued the concept of “urban fractals” for two decades. He is author of Ecopolis – architecture and cities for a changing climate (Springer 2009) and has been an invited speaker on architecture, urbanism and climate change on 6 continents.

Current projects include the Fractal Handbook for Urban Evolutionaries, The Wild Cities of Half Earth series of graphic novels, a book of poetry,  looking for the perfect agent for his novel and attending to his dog’s aspiration to be a poet.